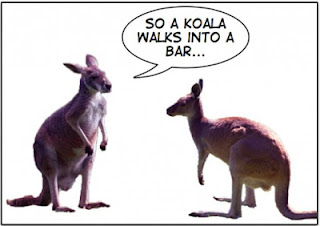 Australian humour has a long history that can be traced back to our origins as convict colonies. It is therefore no surprise that a national sense of humour quickly developed that responded to those conditions. This unique sense of humour is recognised (although maybe not always understood) the world over as being distinctly Australian. Our humour is dry, full of extremes, anti-authoritarian, self-mocking and ironic.

The country itself is the ultimate joke, the wave you body-surf into shore after a day at the beach could contain a shark or a rip-tide and, when you get back, your house could have been burnt to the ground in a bush fire. That's where the whole 'no worries' thing comes from.

When convicts first arrived in Australia, convict etiquette demanded suffering in silence whilst the law considered complaints as insolence and punished it with a flogging. As both Convict etiquette and the law prevented the Convicts from discussing their emotional distress, they were forced to make jokes to deal with their emotional turmoil. 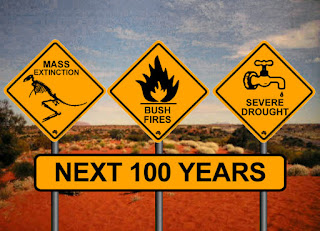 When comforting someone who is dying of cancer, it probably isn't tactful to joke about how much one is enjoying a mini-series. Yet such black humour is one of the most notable aspects of Australian humour. For example, when a serial killer kidnapped backpackers and buried their bodies in the Belangalo State Forest, a hardware shop in Moss Vale (near the forest) began selling souvenir shovels with the letters 'B.S.F' engraved upon them. Similarly, when seven bodies where discovered decomposing in barrels of acid in the country town of Snowtown, the town's stores began selling souvenir coffee mugs with captions such as "come to Snowtown, you'll have a barrel of a time."
In 1967 Prime Minister Harold Holt went for a swim at a Portsea beach and was never seen again. As a mark of 'respect', construction soon began on the Harold Holt Memorial Swimming Pool. 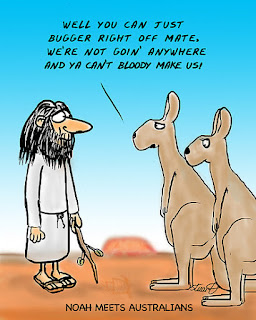 In Australia, no matter who you are or where you come from you are required to 'take a joke', especially at your own expense (have the piss taken) and then join in 'taking the piss' where others (often newcomers to your social circle) are the target.
To be an Aussie means having a good sense of humour and a 'good sense of humour means being able to 'take the mickey'. This widespread Aussie custom of baiting, teasing and insulting 'enjoys such broad permission that objecting to it is totally ineffective'.
As well a breaking 'civilised conventions on obscenity and filth', its function is to reinforce the egalitarian but conformist nature of Australian society.

Mud Crabs are marine and estuarine coastal dwellers that can tolerate low salinity for extended periods, preferring shallow water with... 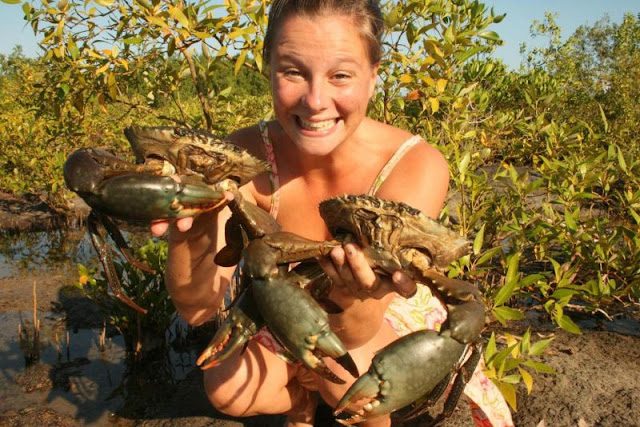 In accordance with the Australian Commonwealth Consolidated Acts copyright act 1968 - Section 40 and Title 17 U.S.C. Section 107, the material on this site is distributed without profit to those who have expressed a prior interest in receiving the included information for research, educational, parody or satirical purposes.

We are making such material available in our efforts to advance peoples understanding of Australian culture, animal protection, environmental, economic, democracy, and social issues, etc.

If you wish to use copyrighted material from this site for purposes of your own that go beyond 'fair use', you must obtain permission from the copyright owner.